How can I pair a beer with a kid-friendly pop group?

Unicorns are real! Because because I believe it!

You will like if:
You go in for a mixer pack, see a bright green bottle and go, "Hmm, why not?"
You think fruit should be drunk
You like awesome rainbows!

You will not like if:
You aren't into fruity, light, effervescent, delightful, silly, tart, (you get the point)
You like fruit beers, but only if its wheat
You hear some of those songs down below there and immediately close your browser

This was a tough one. First the beer. Ska Eleventh Kiwi Saison: 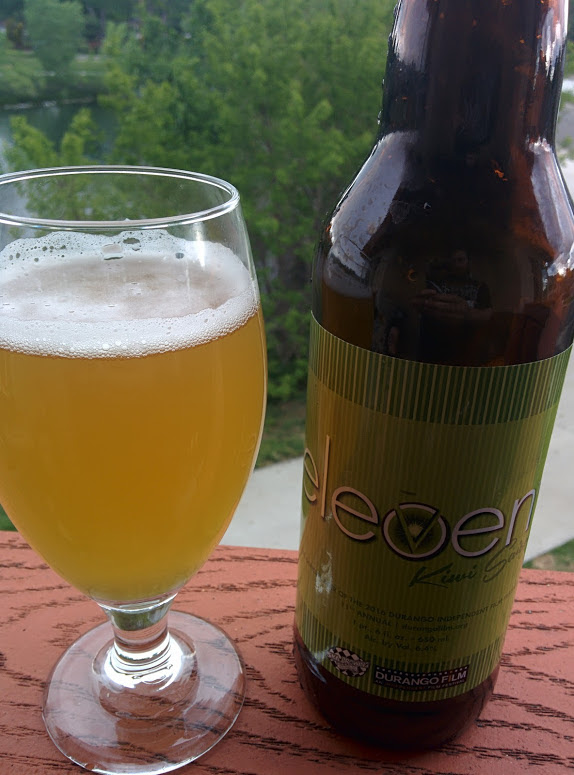 Let's get this out of the way. I had a heck of a time pairing a beer with Koo Koo Kangaroo. But then I went with imagery: 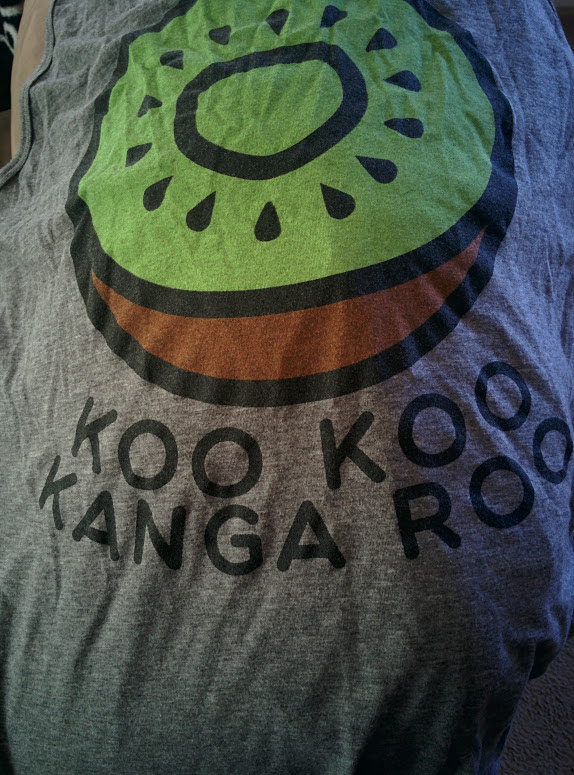 Kiwi tank top. And just listen to a few songs below, tell me it doesn't sound like the musical representation of a kiwi fruit. Right?!

So this kiwi saison. Just a hint of foam and lacing, with a hazy hay green pour. It tasted of spring and trademark saison spice with citrus. The kiwi comes at the very end and kind of bounces over everything.

And there you have it, boom! Paired with Koo Koo Kangaroo.

Koo Koo Kangaroo. I can't tell if they started writing songs in elementary gym class together, but it sure sounds like it. Are they punk? Well, hear for yourself:
Not really, eh? But they play at the Warped Tour, and opened for Skinny Lister and Frank Turner. Are they kids songs? Kind of. They play in elementary schools fairly frequently. Family friendly? Deffo. Weird? Zany? I mean, just look at that video. Fun?

You better believe it.

Oddly enough, seeing them live in the tiny Marquis Theater was one of the most fun shows I've ever been to. I danced the Dinosaur song. I took the Unicorn Pledge. I laughed, I sang. I can't describe it, because I know you will see that video, click on a few more and go, "I don't get it."

You don't need to. It's funky, tart and delightful. I don't get it myself. It's just fun.

Oh, they also end their shows with a parachute. You know, those big colored parachutes you had in gym class. Delightful.

To end, as a thanks for reading, I say:

You will like if:
You like cask-conditioned ales
You like the maltiness of traditional English beer
You enjoy meeting at a pub where there's a beer waiting for you when you walk in

You will not like if:
You think beer needs to be served at 32 degrees
You only drink wild or fruity beers
You expect a sample flight

So we decided we needed a neighborhood pub to meet at after work. Someplace near us, preferably small and somewhat cozy. Hogshead, we decided, fit the bill. Built out of an old gas station, Hogshead brews cask ales and traditional English beers. Cask ale is allowed to naturally condition and carbonate and filter itself with the yeast, which is then served with a hand pumped beer engine. Cask beer is served a bit warmer and with less carbonation than keg beer, which gives it a delightfully smooth body.

We called it our Stammtisch, which Google tells me is a German word that means "regulars table," was our Friday night thing. I know the discomfort of using a German word and tradition with an English brewhouse, but bear with me. A Stammtisch is not, I've been told, when you call up your buddies and plan to meet up for a pint. Rather, it's when you can go to a place without calling anybody and know that your crew will be there. No plans, no confirmations, just there it is. And while we can't make it every Friday, we make enough. There's usually a beer waiting for us when we arrive.

Which is a great feeling.

That picture up top there is a cask-conditioned Chin Wag, their ESB. Malty, creamy, slightly bready like toasted bread pudding and easy enough to drink in any weather.

While they brew a good stable of regular beers and have a few rotators of differing styles, this beer is like home. The Gilpin porter. I think any English style brewery worth its salt needs a solid porter, and Hogshead does not disappoint. This is my starting and ending beer. Roasty, bitter and creamy out of the cask or tap. Again, easy enough to drink in any weather.

Here's the thing with Hogshead. They like cask ale. They like traditional beer. You can see their brewery equipment so why would you need a tour? They don't do flights, they don't do crazy funky or fruity beers, and Odin help you if you think a brewery needs loud pop music, handlebar mustaches and pastel short shorts. The biggest complaint on Yelp, if you like that sort of thing, is that the bartenders and brewers seem disinterested in talking beer and focus on their regulars.

Which, eh, I'm not sure is true. If you want to know about what makes cask ale different, they'll love to show you. They like their regulars, which I guess includes me, because we appreciate what they do. It's not that they don't like new customers, it's just cask ale needs the proper care and attention to pour.

Just don't overthink it. Walk in, choose a size (I recommend the 20 ounce British pint) and enjoy your proper fuckin' pint.