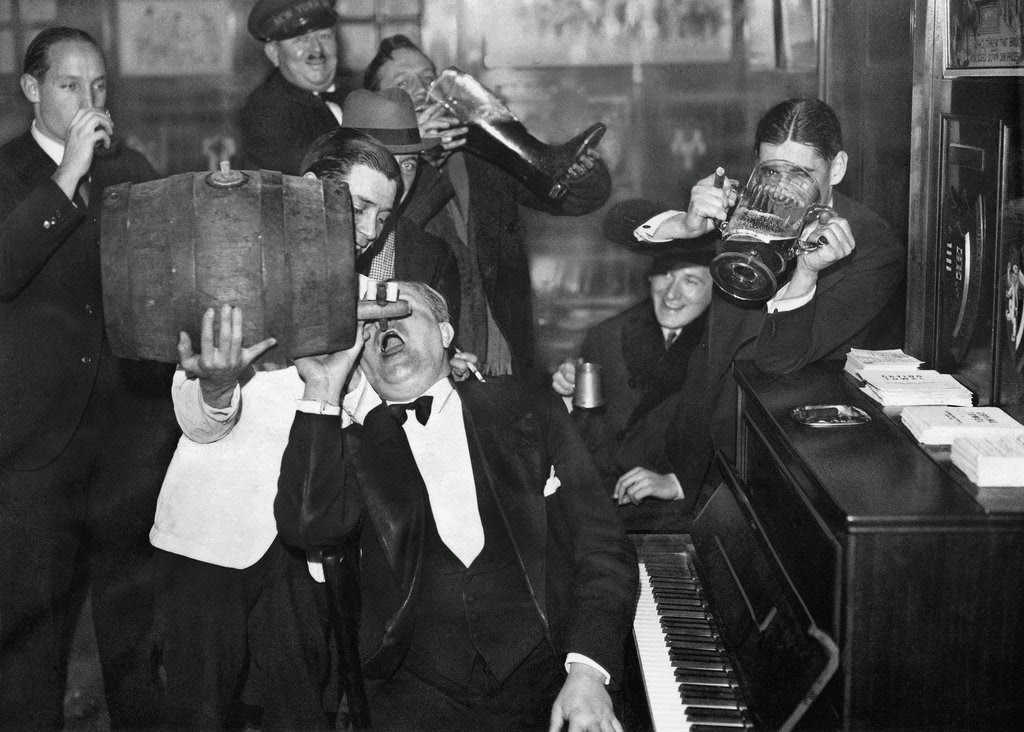 Look at this picture.

Just look at it. Guy on the piano about to set those ivories on fire, BUT FIRST crack open that barrel directly into his waiting mouth.

Cigar guy clearly halfway through an entire pitcher by himself.

What appears to be a jovial bus driver with a vicious mustache just taking it all in. Probably drove them all there.

And then guy in the middle with the comically small flagon. What is he even drinking?

You have stumbled upon the Hop To No Good Beer Club. What started as a homebrewing experiment on a cold Valentine's Day in 2010 has become, well, still pretty much a homebrewing club. Small, efficient, exclusive, daring. Bold. Adventuresome. Wait, that can't be a word. Adventurous? Adventurous. Full of tomfoolery and hi-jinks. You know what? Adventuresome didn't have a red spell check notice, so I'm keeping that one there.

Back to the beer club. Shortly after brewing out first beers, and as our beer palettes broadened, we found the joys of pairing beers with food.

It was pure wizardry.

Three course meals made at home, shared with friends, carefully paired with craft beer. We're no master chefs, nor are we master beersmiths or pairing experts. But we've got something of a knack for it. I think. Seems good to me.

So beer pairings became kind of our thing. Beer paired nicely with grilled burgers and brats. It went along famously with breakfast burritos. Of course it complimented sandwiches. But it didn't stop there, oh no.

Did you know beer highlighted other things? Camping, tv shows, movies, video games. Mundane chores like dusting and vacuuming were amazing with beer!

And here we are. The HTNG Beer Club. Craft beer paired with life. Let's get to it.
Posted by J at 7:58 PM