You will enjoy if you:
Like funky beer
Have willpower
Salivate at the word "Brett"
Think it was worth the wait for Netflix to renew Arrested Development and are sill holding out for Firefly

You will not enjoy if you:
Think Stone is overrated
Don't like gimmicky beer
Like your beer slow and steady, at the ready


Okay, so, the NHL trading deadline is over.

And wow, what a snoozer for Colorado fans. Chicago and LA bolstered their depth at forward and defense, respectively, to gear up for the playoffs. Vermette will be a solid addition to the Blackhawks, and LA grabbed one of the more sought-after defenders in Sekera. Arizona and Buffalo stripped their teams to the bare bones in what is clearly a race to the first overall draft pick.

Colorado kind of sat on their hands. We lost veteran penalty killer and team-guy Talbot in return for a once-highly touted power forward Caron. Now don't get me wrong, he has had flashes of brilliance:


So I mean, the kid has hands. But everything I've read about him has been disappointing. His childhood team was the Avalanche, however. And that means something to me. I can appreciate a player who really wants to be here. Sometimes players do need a change. Peter Mueller a few seasons back is a perfect example.

But overall, exactly none of the team's needs were addressed. No young defensive prospects, no trading away our veterans for draft picks.

What they did do, however, was set up about ten million dollars to come off their salary books next season. Ten million that could be used to snag a juicy defender in free agency. So it seems to very much be a hurry up and wait situation.

Which brings me to the beer. 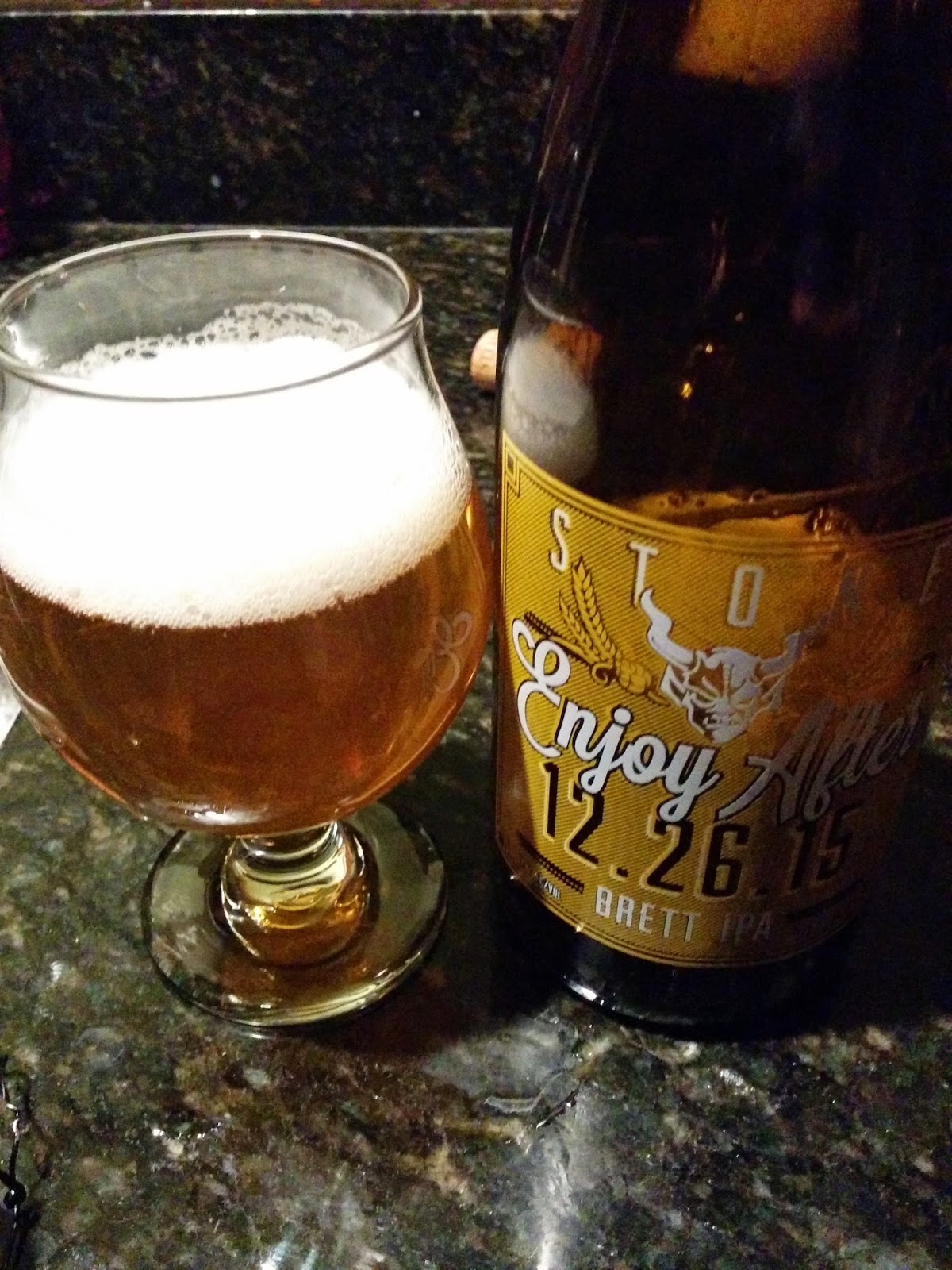 Following on the wildly popular Enjoy By series, Stone released the Enjoy After, a fine, ambitious IPA brewed with brettanomyces. The beer itself is fairly tame. The hops aren't overpowering, and it has a mellow finish with a slight spice. It pours a bit wild with a foamy head, and it leaves a soap-bubbly lace around the glass with each drink. And just look at that golden color. Beautiful.

The ambitious part is the aging process. Enjoy After practically demands to be bought two at a time. One to taste immediately after returning home, and one to age for a bit. How long you age it is dependent solely on your willpower. Personally, I put all my aging beer in the cupboard above my fridge, a place that would take considerable effort to reach.

I tried it on January 16 and the brett bacteria was subtle. It gave the beer the slightest of hints of funk, with a tart pucker in the back of the mouth. I'm hoping I can hold onto my second bottle for at least a year and compare with my notes from this year.

Which brings me back to my original point. This trade deadline came and went with the tiniest of splashes. Nothing spectacular, but there is hope. That lingering, frustrating, just out of reach hope. The hope that keeps me coming back year after year.

I hope I can keep that beer up there, in the cupboard above the fridge, for at least a year.

I hope the brettanomyces ages that brew into a funky, spicy beast.

And I hope the Avs management team knows what they're doing for next season.