I'm starting with the beer this time. 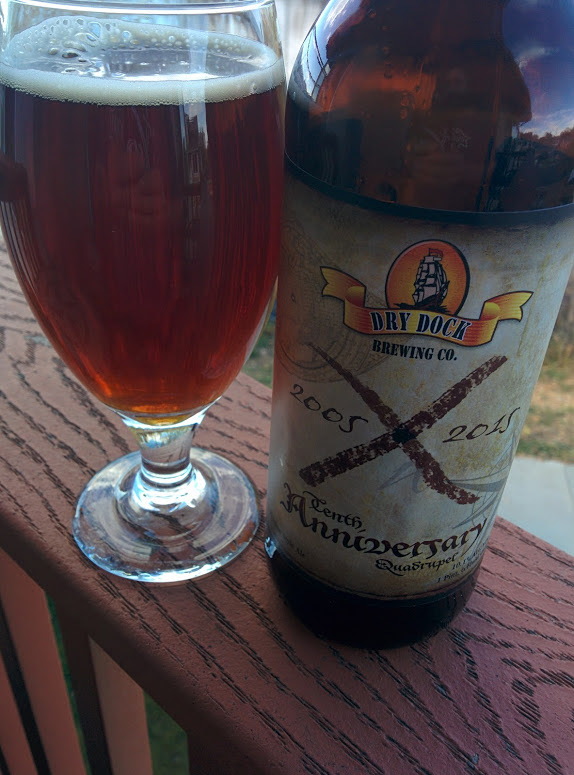 Dry Dock Tenth Anniversary Quad. Malty, plummy, molassesy. And it's 10 percent. Which is why I chose it for this post. I needed the alcohol.

Colorado, what are you doing?

I'll start simple, and on a positive note. Check this out: 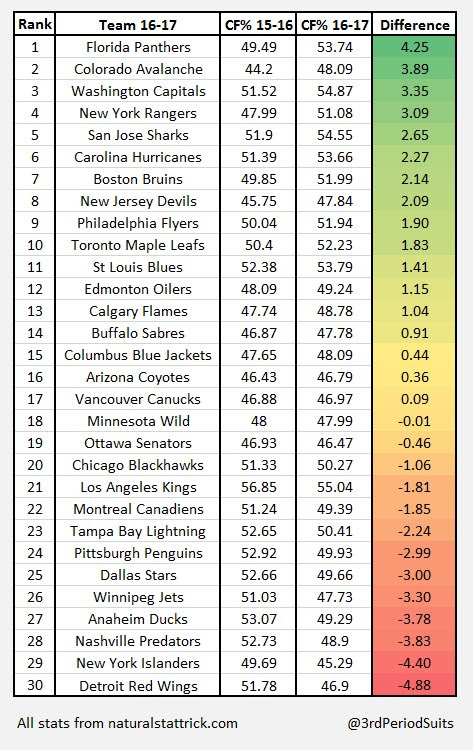 That's a big fancy stat chart for this season. And if you don't know what it means, don't worry. It's not terribly important. All you need to see is that Difference column up there on the right. Do you see where Colorado is? 2nd. We'll come back to that but keep that in your head. I also want you to remember PDO 98.3. Got it? Good, let's continue.

So 20ish games in and things are....not great. I predicted this season would be rough,and so far I am exactly right. Below .500, our goalie getting lit up, teams making us look like amateur beer leagues. So let's muck on through the bad.

Colbourne hilariously vanished from game one. I knew his initial hat trick was a fluke, but holy cow, does he even play? My stats websites say yes, every game, but I haven't noticed him once. Is he playing with the wrong teammates? I don't know. He's great at getting in front of the goalie for the screen or garbage goals, but holy cow. I haven't seem him do anything.

Varlamov...just....what is happening? He used to be one of the fastest goalies in the game, and now he lets in soft goal after soft goal.

Iginla, bro, you are a future hall of famer. But you don't belong anywhere near the top six. Sorry man. Your one-timer slapshot from the slot is lethal, but that's like all you have now. Every play dies as soon as the puck hits your stick.

Tyutin, Gelinas, fellas, I"m sorry but you are bandaids. I'm not sure why Sakic signed you, but ouch. You cannot possibly be part of the future plans.

Grigorenko. Your experiment is over buddy. You have the tools, but nobody to use them.

Okay, now that I got those out, let's move onto the good.

AJ Greer is the future of the team. He's fast, he hits, he crashes the net. He looks for the garbage goals. He gets under the other team's skin without doing much of anything. I mean let's look at the tape:

So my footage of Greer comes from the Boston game, which was awful. But check this out.Greer slides behind the net with the puck while fighting off a defender, gets the puck to Bourque in front of the goalie and then crashes in for the rebound. And then notice 47 from Boston shoving Greer. Do you see that? Do you know what that means? Greer is getting under their skin. He has thrown no punches, has done nothing cheap or dirty. He's not even looking at the player. And he's getting the other team pissed off.

That is no small feat.

Let's take a look at another clip:

Again Greer slips behind the net (are you noticing a trend?) on the power play and miraculously, rather than continue the notorious Colorado Power Play Shuffle, elects to just throw it on net. It was a bad shot, but he at least went for it. He immediately crashes down to get the rebound, and again is crosschecked by a Boston player. Again, without throwing a punch or making a dirty play or even looking at the Boston defender. He's pissing them off without even trying. This is huuuuuuge.

This is something Colorado is lacking right now. A feisty little bastard to get to the dirty areas.

What a stud. Let's look at his first goal:

I'm calling him Dr. Rantanen, because this kid has patience. Look at his power play. He gets completely open, which is a rarity for Colorado, cradles the pass, looks at literally every option he has, and then then roofs it over a defender. The patience, the poise, the skill. He very well could have panic-shot it and ended the attack, but he went over every angle, every calculation and put it exactly where he wanted it. Beautiful.

This kid is also the future.

When the pieces come together, it's beautiful. Here Landeskog battles off an opposing player to protect the puck. He flicks it up to Barrie who streaks into the zone. Barrie zips past the Jets defense and feeds it to Bourque, who has managed to plant in the opening behind the goalie who taps it in for a simple goal.

So why the cherry picking. Two reasons. One: I can only make gifs by what I find on Youtube, and a lot of highlights get taken down. Two, I chose these to show that the underlying system is there.

Do you remember those numbers up above? 3.89 improved Corsi. Corsi is a very simple advanced stat, which sounds weird but bear with me. If you are on the ice and your team takes a shot from anywhere, even if it doesn't hit the goalie, it counts for your Corsi. If the other team takes a shot, it counts against your Corsi. All it boils down to is how well you control the puck. It doesn't necessarily mean much in terms of wins, but Chicago and LA have consistently been the best Corsi teams, and just look at the results.

That 3.89 improved Corsi means Colorado is the 2nd most improved Corsi team from last year. Now, we are currently ranked dead flippin' last in Corsi, but the improvement is there.

Now for the PDO. That is a silly advanced stat that basically puts a number based on how lucky or unlucky a team is. It takes into account shots and goals and assumes that every team will, over the course of an average season, fall to 100. We are currently ranked 26th in PDO, meaning we are one of the most unlucky teams in the league based on shots taken and goals, or lack thereof, scored. For reference, Columbus is sitting in 6th place with their multiple 10ish goal games. That is an anomaly, and they will come crashing down.

So what does this all mean? Bednar's system is working. The underlying Matrix numbers are there. It's the players. The players aren't getting it done. Three coaches with this core and its been the same mediocrity.

But this year is different. Our possession numbers have skyrocketed. Bednar knows what he's doing. The players just keep falling into old habits.

So what do we do? I have two options as far as I can see. First, the simplest, get rid of the bandaids. Keep Duchene, Landeskog, MacKinnon, Rantanen, maaaaaybe Soderberg, Varly, Pickard, Johnson and Barrie. Maybe Bourque. I know he is lighting it up this year, but he is notorious for being a badass when his contract is on the line and then coasting when he's offered a multiple year deal.

Get rid of the dead weight. We have no secondary scoring, and our secondary defense is laughable. Beauchemin, sorry man you are past your prime. Gelinas, Tyutin, Grigorenko, Mitchell, Martinsen, Soderberg, Iginla, Colbourne, you guys are donezo. Bring up the young guns and let them learn the system.

Keep Rantanen, Zadorov, Landeskog (2 way forwards like him don't come along very often), MacKinnon and Pickard and sell off literally everybody else.

Duchene? Yeah he's our leading scorer, but how many draft picks and prospects would he fetch? He's donezo.

Start from scratch. Bring up the young guns. Bring up Bigras and Greer and Meloche and Geertsen  and Compher. Hell, bring up Siemens.Tank a few seasons. Gather every draft pick you can get. Build up a prospect pool. Start over with the youngin's with Bednar's system and watch the future bloom.

Burn it. Just like a forest needs fire to keep healthy, so too does our team.

But that's just my opinion.