Come on folks and try this at home

You will like if:
You enjoy dry finishes
You aren't scared of a bit of acidic tartness
You remember the four simple words

You will not like if:
There seems to be a recurring theme lately, but you don't enjoy funky beer
Gooseberries just sounds absurd to you
You think music is clearly defined and totally structured and that is final

I grew up listening to punk rock and heavy metal. Pennywise, Bad Religion, NOFX, Face to Face, Hatebreed, Unearth, Grimlock. I thought music, for many years, was meant to lead revolution. To rebel and to be angry, to fight for what you believed in. To bond through blood and sweat and rage. Yeah I was that guy.

I still enjoy these things. Don't let the collars on my work shirts fool you, I'm still very much punk. It defined younger me into the person I am today. My workout playlist is nothing but rage-filled metalcore. But no band or artist or musician had actually made me feel until I discovered Frank Turner.

This will sound silly, but I remember the night his music changed my outlook on music. It was November, and I was driving home from downtown after meeting some friends at a bar. I was listening to the radio and, after I think eleven o'clock back then, they switched to a request punk rock station. You know where listeners from all over call in to leave a recorded request message. Anyway, I heard "Frank Turner, Photosynthesis."

That's weird, I thought. I had never heard that name. A light acoustic guitar started strumming. I very nearly turned the channel.

And this came on:

A rush, warm and electric, just arced through me. What was this? I mused to myself. I later discovered it was musical-induced feelings.  When I got home I scoured youtube and listened to everything on there, watched every video. I downloaded every song I could find.

I called to my wife; "I found our new favorite musician."

He opens nearly every show with this:

And he gets the entire venue singing with this:


I could go on, but I won't. Part of the fun is discovery. Every song was mix of lyrical mastery and anger and sorrow and camaraderie. Every show is about singing and dancing with friends, celebrating life. All pretentiousness about music is stripped away, reinforced when he gets up and plays looking like this: 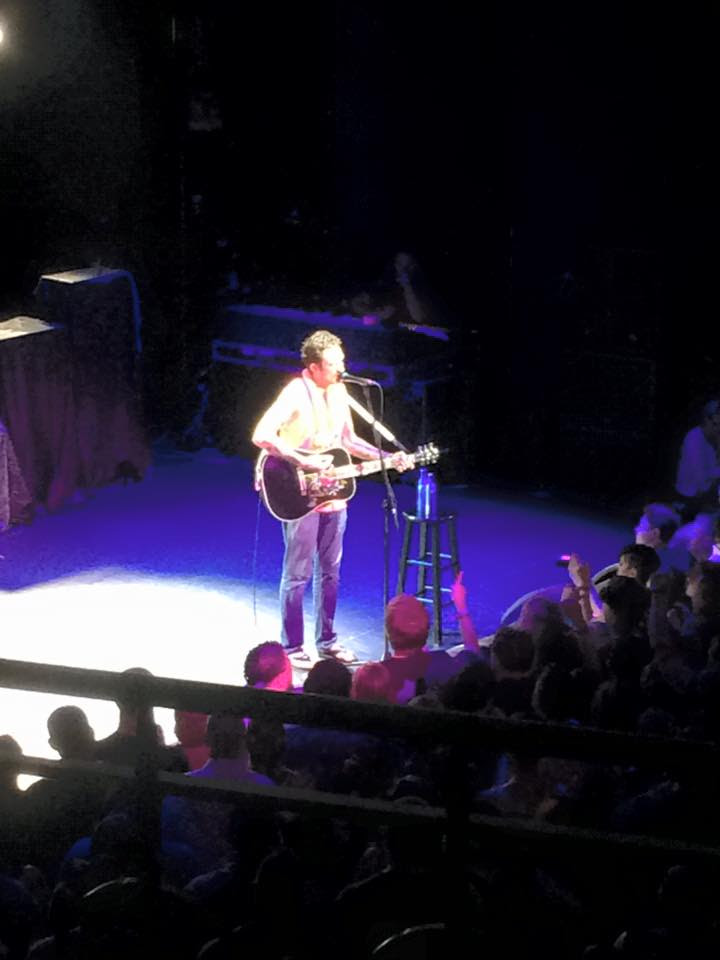 That's just him and a guitar and a Hawaiian shirt. And he owned the place. About midway through his set he said something very profound that I will never forget. We were on a ship in the middle of the ocean, and it felt like we were drinking with "our good friend Frank." Surrounded by some of the best celtic punk bands in the world. I, along with very surely every person in that venue, was a veteran of hundreds of punk shows and years of carefully accumulating my music library. And I will be the first to admit that I have, in the past, shaken my head at so-called radio punk.

Anyway, he told the crowd that he was considered, among critics, to be a gateway musician. That is to say, a musician to start your punk journey with. And that's kind of true. I'd consider him folk punk, but he's very mild in that regard compared to more "traditional" punk rock bands. And he said he was fine with that, because you know what?

Whatever bands or music that got you into the scene or music, raise a glass to them. On that ship we were all friends. No seriously. Literally everywhere we went, we made friends. We danced, we sang, we drank with strangers, but for those nights, we were friends. Old guys with long gray beards, young couples, groups of friends from other countries. It didn't matter, for those three days and nights, we were friends. And that meant something.

So he shared his own gateway band experience: Blink 182, a band that more or less defined my 8th grade year. We all kind of laughed, because I mean it was Blink 182. Everybody liked Blink, but everybody kind of moved on long ago.

And Frank went on to play an acoustic, slowed-down version of Dammit. And I'm telling you right now, with a mixture of beer and new friends and the setting and nostalgia of my middle school music awakening and just the entire experience, it was one of the best live performances I've ever seen.

Which brings us to the beer.

Inspired by this song:

I could think of no better beer than this: 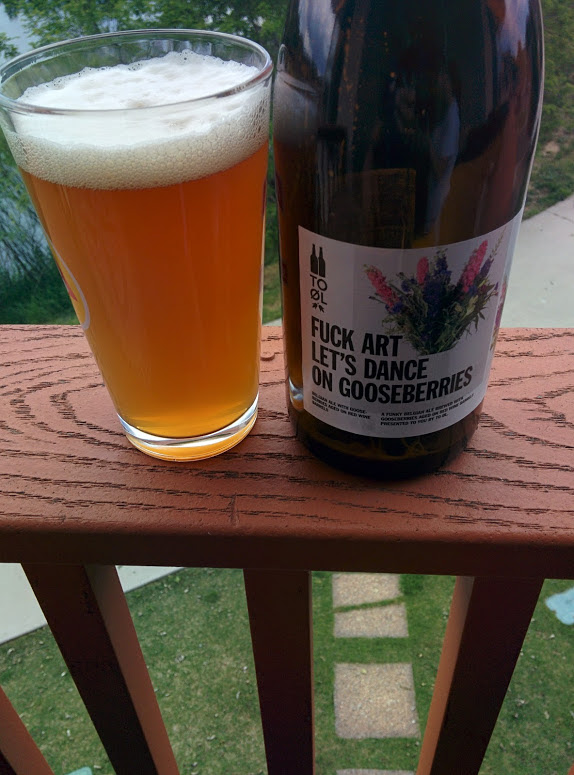 Fuck Art Let's Dance. A good deal of Frank Turner's performances and music deal with the bullshit of music, how it's often held in such high regard, by both fans and musicians themselves, that it becomes ridiculous. It's just people with instruments, nothing more. Nothing to be worshiped. It's just music. And so that's why I chose this beer.

I mean I love funky and sour beers. The funkier the better. So naturally I loved it. But I did some research on the brewery. To ØL Brewing, based out of Copenhagen Denmark. They call themselves a gypsy brewery, and I was delighted to discover they had no brewery at all. They brew everything on contract, traveling from brewery to brewery to craft their brews. Like traveling nomads and gypsies.

And I thought that was just perfect.