You like being on the forefront of a beer movement.
You can handle drinking in a warehouse surrounded by brewing equipment and no AC.
You enjoy creative, innovative and hard-working beer scenes.

You can't handle the heat.
Like, wow, it is hot.
Seriously, heads up if you go there in the summer, hardly any taprooms have AC.

This last-minute adventure took me to see one of my best friends in Austin. We wanted to catch the X-Games, which was headlined by Metallica (forty bucks for the X-Games plus Metallica whaaaat), and I was also thrilled to return to two of my favorite Texan breweries, Jester King and Hops and Grain.

We tried to last all day at the X-Games, but the heat did us in by 2:30. But we were able to catch the rally car race, which was AWESOME. 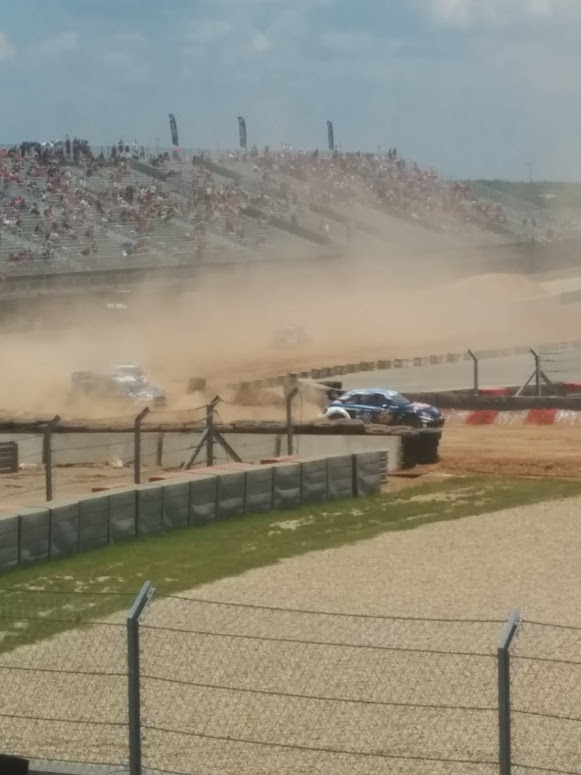 Look at this car. 600 horsepower jumping through the air?! You can't see it, but FLAMES shoot out of the exhaust when they floor it. I'm not even really a racing fan, but this was one of the many highlights of the trip.

Along the way to the breweries to escape the heat, we passed a flaming truck:
I checked, there were no injuries.

I'd sampled the beer scene in Austin before, but this time I really tried to experiment with the local brews. We stocked up for the weekend and I made it a point to only buy local beer. My choices were Revolver Sidewinder, Revolver Blood and Honey (which I enjoyed at the legendary Alamo Draft House to see Mad Max: Fury Road for the fourth time), Infamous Hijack and El Super Bee by Four Corners Brewing.

First up, Revolver has one of the cooler logos I'd ever seen. Sidewinder is a pale ale, brewed with agave and Citra hops. It is light, sweet and citrusy, which was perfect in the heat.

We had lunch at The Salt Lick. If you ever find yourself in Austin, just go there. Don't ask questions, just put on your stretchy pants and order the all-you-can-eat meat platter. It was a herculean task to put away three plates of meat, so I drank El Super Bee De Saison from Four Corners (thank you byob laws, Texas.) 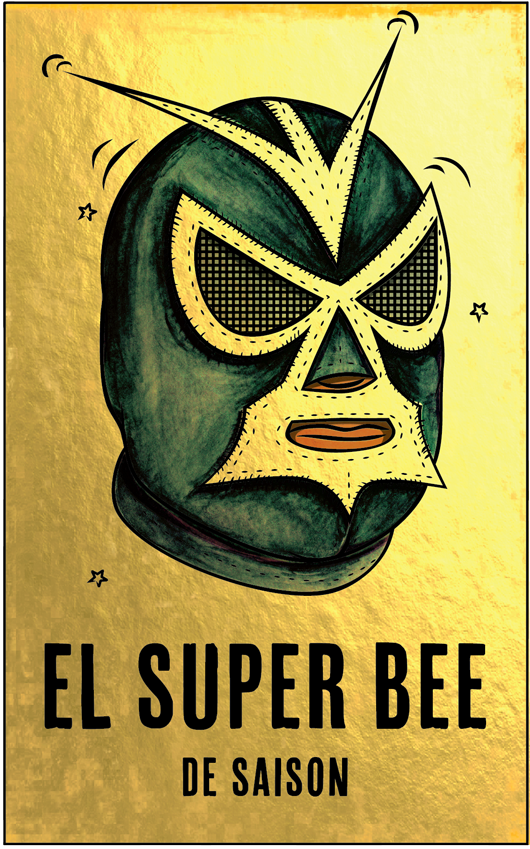 Every time I got full, I looked at El Super Bee and he gave me the extra push I needed. Plus it had a pop top lid, which served no beneficial purpose that I could tell. Sweet.

Next up was Strange Land Brewery. Which....I, uh, will link to their Yelp page, which inexplicably has high marks across the board. I did not like a single beer here. One smelled and tasted like floor cleaner. Their firkin of saison (I love firkins of saisons!) poured muddy brown and did not taste like any saison I've ever had. Moving on....

....to Austin Beerworks. Now here was some Austin beer. If a fraternity of indie hipsters made a brewery, it would be Austin Beerworks. Beards, stretched earlobes, skinny jeans, thick-rimmed glasses and armsleeve tattoos as far as the eye could see. Christmas lights dangled across the ceiling rafter beams. Austin Beerworks is home to the unbelievable....ly awesome 99 Pack. Yep. So bring a friend and probably a truck if you want to bring home 1,118 ounces of delicious beer.

Next up was Zilker Brewing Company.  Just about the only brewery there that had AC, so Zilker gets extra points from me.

But in addition to the HVAC Bonus, their beer was solid. I wanted to try a good saison after that mud firkin, and Zilker delivered with the Honey Saison:
Our beerventure ended at Hops and Grain. Probably my second favorite Austin brewery. 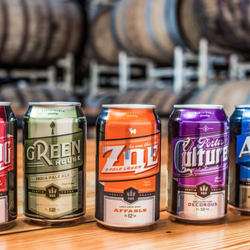 Texas beer laws are still crazy strict, and breweries are forced to battle around archaic distribution laws. No brewery can sell their own beer within their taproom if their property boundary is a certain distance from residential areas. This is why you will find many breweries in the middle of fields or warehouse districts down there. Hops and Grain's boundaries just barely crosses that line, so they can't sell their own beer.

However, they can sell you a pint glass for ten dollars, and then give you three free beer samples. Every beer there is delightful. Ranging from the dark and rich Porter Culture to the citrusy and hoppy Greenhouse IPA to the malty, floral and slightly toasty Zoe Pale Lager. We didn't have a bad pour. Love you, Hops and Grain!

One of the interesting trends in the Austin beer scene is that most taprooms are right in the heart of the brewery itself. In most taprooms down there, you enjoy your pints surrounded by copper kettles and steam pipes and stacked barrels and kegs. Which is a stark contrast to most Colorado taprooms, where the breweries and bars are kept completely separated. Neither are a bad idea, just an interesting fun fact.